Growing up, my dad was the youth minister at our church. One particular afternoon, when I was about 10 years old, he was preparing to take the youth group out for some event. I asked Dad if I could go out and shoot my BB gun before we had to leave. He said, “Sure, but don’t kill anything. We don’t have time to clean it.”

I went outside and started shooting at pine cones, cans that I had set up, and pretty much anything else that would make a ding sound when I hit it.

I was following Dad’s rules, when I noticed a squirrel perched up on a branch about 15 yards away; too close for its own safety. 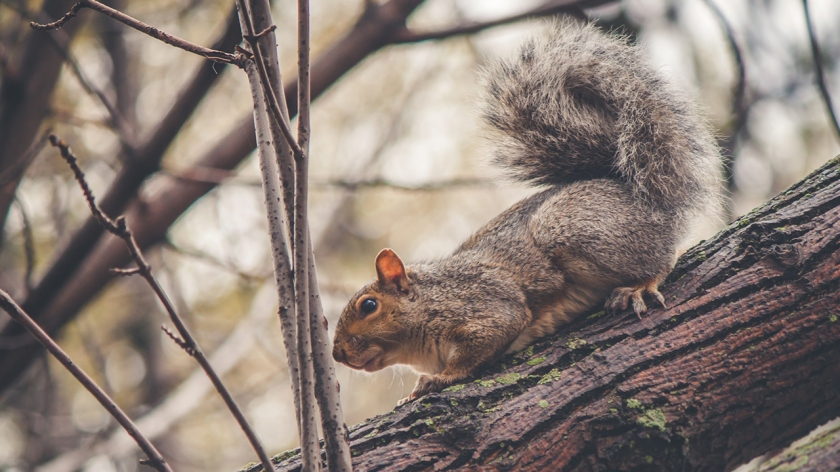 I was a pretty good shot. Ok, I was really good and Dad knew it. So I wasn’t fooling anyone when I ran into the house screaming, “Dad, Dad! Come look! A squirrel just fell out of the tree. I don’t know what happened. Hurry! Come look! Come look!”

As Dad starting walking my way, I noticed he didn’t have the curious, bewildered look I was hoping for, but was angry red. It still hadn’t dawned on me at this point to tell him the truth. Deep down, somewhere in there, I had to know this wasn’t going to end well for me.

I took him to the squirrel and the poor thing was laying there dead, deader than Blockbuster video rental stores. Perfect kill shot. Right through the heart.

Dad looked at me and said, “So, this squirrel just fell out of the tree?” Not realizing that Dad was offering me a chance to tell the truth, I said, “Sure did. I’m not sure what happened.” As soon as I lied for the second time, Dad yanked me up by one arm, while I tried to block my hinny with the other. While Dad was physically demonstrating I had done something wrong, he was also telling me about it in broken, mid-swing english. He didn’t have to tell me, I knew.

Then the real hurt set in. Not because my fanny was sore, but because Dad calmly told me that he didn’t know when he’d be able to trust me again. I remember asking for Dad’s forgiveness almost immediately.

When it comes to forgiveness, don’t wait to seek it out. Seeking forgiveness is for both parties, but I believe it’s mostly for your own benefit. Had I immediately told Dad that I shot the squirrel, said I was sorry, and asked for forgiveness, things would have ended differently. Instead, I tried to cover it up, lie about it, and try to avoid consequences that ended up being more severe.

Admit you’re wrong. Don’t blame anyone or anything else. Apologize and seek forgiveness as soon as possible. Jesus instructs us to reconcile with each other as quickly as possible, even going as far as pausing in our worship of Him. (Matthew 5:23-26)